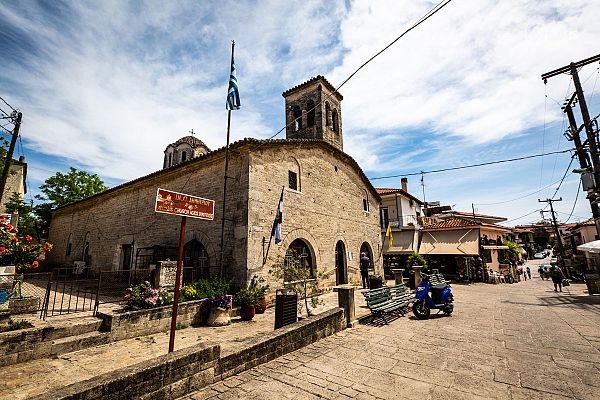 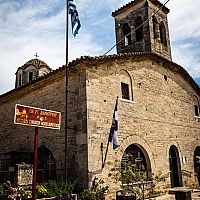 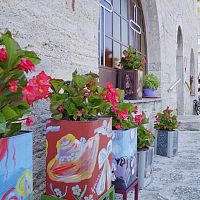 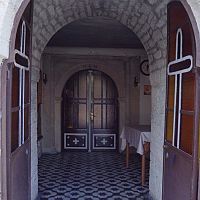 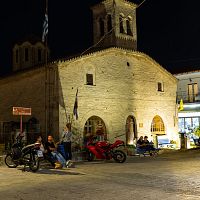 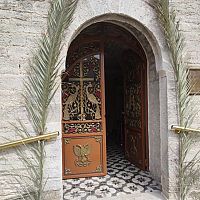 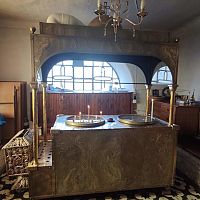 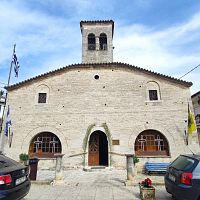 Greek peninsula Halkidiki is especially popular among tourists from all over the world. Fantastic sceneries, the abundance of the most important historical sights and resorts that are famous far beyond Greece — these are just a small part of what “Poseidon’s Trident” can offer to its visitors. Its first “finger” Cassandra is a real paradise for those people who are ready to combine the holiday rest on the marvelous beaches with quite walks in the picturesque area and acquaintance with unique historical monuments. The authentic town of Afitos will become an excellent starting viewpoint for the trip over the peninsula.

Located on the rocky shore of the Aegean Sea in the eastern part of Cassandra, the colourful small town Afitos got the name of a “stone balcony” of the peninsula — it offers an amazing Toroneos Gulf panorama and Sithonia seashores view. This quiet town is not alike with other nearby settlements — stone houses that were built in the XIX century are situated in the narrow cobbled streets and seem even not to have changed during two centuries.

Afitos is remarkable not only for its traditional Greek architecture but also for the unique church of Saint Dimitrios that is located on the central square. Built in the form of three-aisled basilica, this church is the only temple on Halkidiki built in such style.

The historical past of this small town is more than two and a half thousands of years — for the first time Afitos was mentioned in the works of Herodot, Aristotle, Pausanias and some other great scientists and philosophers of Ancient Greece. In ancient times, it was a town of great significance — there were temples of Dionysus and Zeus Ammon here and it even minted its own coin. With the beginning of the National-liberation revolution in 1821 the local residents had to leave their houses in search of more secure areas. This was a period when the major part of the town was destroyed. But just 6 years after it people began to return back to their native town, the reconstruction works were started — and the town rose from its ashes. There appeared houses built of porous local stone that were not typical for Halkidiki, and which still give Afitos some special charm.

In 1858 in the central street the domed church was built up — it was the three-aisled basilica of Saint Dimitrios. The construction activities were carried out on the place where an earlier temple dedicated to the same Saint had been situated before it was destroyed during the Liberation war.

The church was raised by craftsmen from Northern Epirus, the locals took active part in construction activities, too. A great help was given by Simonopetra monk Philippos.

In the central chapel of the church there is the Byzantine icon of the XIX century “The Virgin Hodegetria”.

The temple of Agios Dimitrios consists of a built-in bell-tower, an antechurch and a backyard. Its carved dome is decorated with painted decoration, many fresco paintings had been puttied while the Turkish domination and now they are gradually being reconstructed. The icons that decorate the dome date back to the XIX century.

The church is not as large inside as it seems to be from the outside. It is divided into male and female parts. The big wooden iconostasis and great crystal chandeliers make a special atmosphere that helps you feel cosy and calm. Together with the Icon of Holy Mother of God there are icons of Saint Dimitrios and Saint Nikolaos. The churchmen kindly ask not to make photos inside.

In order to get to the Church of Agios Dimitrios that is on the Halkidiki peninsula, you have to reach the mountain town Afitos on the Cassandra peninsula. Afitos is situated in the north-eastern part of Cassandra, on the Toroneos Gulf coast. If you want to get here from Thessaloniki, you need to go with a bus change — first use the bus 36 to come to KTEL Halkidikis station and then wait for a bus to Afitos.

The town is not as big, so it wouldn’t be difficult to find the central square where the main Afitos attraction — Agios Dimitrios Church — is located. A good reference point is an observation deck near the cafe — this place is called a “stone balcony”. From this place you can easily emerge to the central streets.

While visiting the Saint Demetrios Church, you should follow a few simple rules. One of the main rules is the dress code meaning conservative clothes of discreet colors, which covers shoulders and knees. This rule is for both women and men. Don’t be surprised to see women who don’t cover their heads or wear trousers — Greek rules allow to come into a church not only in a skirt but in trousers, too. It is not customary with Greek women to cover head entering a church.

If you would like to light candles to certain icons or to give a note with names to a priest, try to come to the church before the service starts. If you however are late, leave these actions for later time. You shouldn’t walk, talk or pass candles during the service.

After visiting the church of Agios Dimitrios, take a walk to the place known as “stone balcony” of Cassandra — along the rocky cliff there are cafes where you can enjoy a cup of coffee, cold drink or delicious lunch with amazing marine scenery.

Close to the church of Saint Demetrios, on the central square of Afitos, the Folklore Museum is located. It is the best place for a glimpse on traditional household items and works of art.

Afitos is well-known for its fish taverns — various fish and seafood dishes are a good option for delicious lunch, that will fill fantastic impression of visiting this charming Greek town.