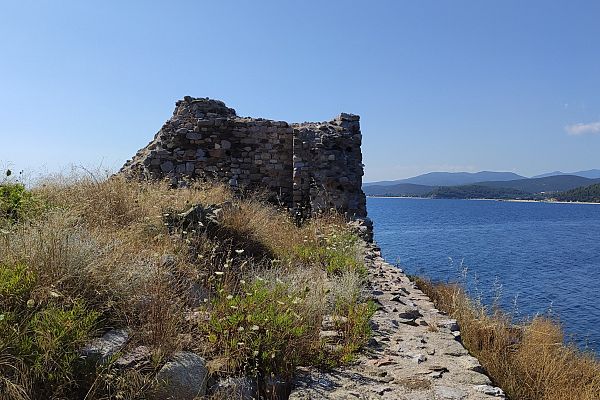 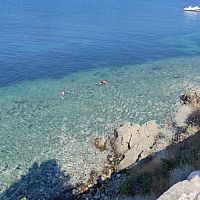 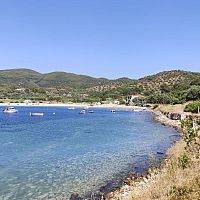 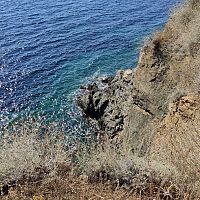 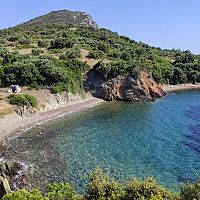 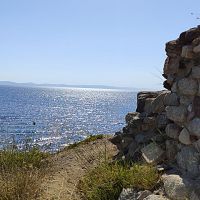 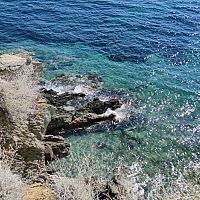 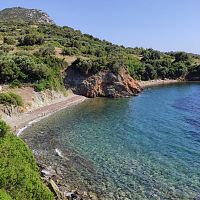 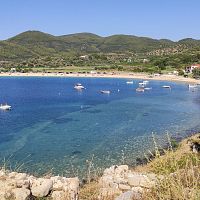 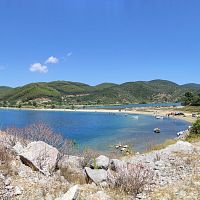 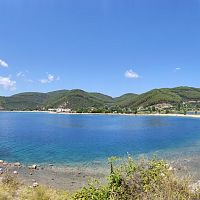 Toroni is a small village that is considered to be one of the oldest settlements in South Sithonia. It was once a developed and important center of the “Poseidon’s Trident.”

Just imagine: hundreds of vessels from Asia and Europe are moored by the docks of the harbor. The merchants from different countries are fussing around the mooring area. They load their vessels with various goods of local production: wood materials, wine, ceramics, etc.

Unique history is one of the reasons to visit Toroni. It has preserved the ruins of the ancient civilization to date. In particular, the ruins of Likithos Castle, which remind of its former glory and adventures of its residents.

The antique city was colonized by the seafarers from Chalcis in VIII BC. It was rapidly growing until it had finally turned into one of the most prosperous and important cities in Halkidiki.

According to Mythology, Toroni got its name after the wife of Proteus, the son of Poseidon. Her children died in a battle with Heracles.

The residents of Toroni took an active part in the Greek – Persian wars. In 480 BC, they had to join the troops of Xerxes during his march to South Greece. After the Persian phase, it had become part of the First Athens Marine Union.

Toroni had its own currency. It paid a huge tribute to Athens during the times of Athens’ rule.

In 424 BC, the residents of Toroni joined the troops of the Spartan commander Brasidas. During the Peloponnesian W, Toroni was “the apple of discord” for Athens and Sparta, which was mentioned by the ancient Greek historian Thucydides.

In 348 BC, Toroni became the part of the empire of King Philip II. In 168 BC, Toroni was conquered by the Romans after it survived the battle of Pindus and the fall of the Macedonia Empire.

Being part of the Roman Empire, Toroni was an important center of the Halkidiki Peninsula. However, its location and numerous attacks by the warriors got their share of the cake. Step-by-step, the city started to come down. Finally, it has turned into a small settlement.

Most of the ruins of the ancient constructions were destroyed by the Turks in XIX. The granites and stones, which managed to stay undamaged, were used for the construction of central streets in Thessaloniki and Constantinople (Istanbul).

At present, Toroni residents are mostly involved in tourism, agriculture, fishing, and the livestock sector. Here are the main Toroni attractions which remind the locals about its former splendor:

The main building of Likithos Castle was destroyed in the XVI century. The rest of its constructions were broken down into the stone blocks during the next three centuries. The ruins of the castle with a height of three meters have preserved until nowadays. They were found in 1975 in the course of excavations. Since those times, the excavation works here are proceeding. This territory was fenced with a barrier and the gates. Sometimes, the ruins open their gates for visitors.

The cape provides spectacular panoramas of the coastline. One should mention that the fence is not a problem for big fans of the ancient civilization. If you know what we mean.

The Likithos Castle ruins are not open for visitors all day long. However, when access to its territory is finally allowed, you can admire the beauty of the sight free of charge. We highly recommend that you put on comfortable closed footwear on to make a walk stress-free and safe.

If you failed to visit the remains of the ancient civilization, do not take it so hard. The castle is perfectly seen at a distance from the beach. The image of the ancient construction, supplemented with small fishing boats, and the sun going down in the background, create an amazing view. The lights around the ruins of Likithos Castle go on when it gets dark, thereby creating a unique image of centuries-old history.

Although Toroni is small in size, it provides all the necessary facilities for family holidays. There are apartments and private villas along the shore. The city also features several kids’ play areas. There are several bars, taverns, groceries, and stalls, selling souvenirs and goods for recreation on the beach. The beach is partially equipped with sunbeds and beach umbrellas.

At present, a large part of the Toroni ancient ruins lie underwater. This peculiarity results from the earthquakes and sea level-increase. We highly recommend that you go in for snorkeling near the fishermen boats. In a 20- and 40-meter distance, you can see the ruins of the old walls. Perhaps, some centuries ago, they marked the shoreline.

Toroni sits within the south-western edge of the Sithonia Peninsula. You will find no difficulty in finding the ruins of Likithos Castle. They are situated at the southernmost part of the beach, at the small rocky peninsula. You can see the ancient foundations from the shore.

There are several ways to get here from Thessaloniki:

If you decide to travel on your own, here is the model route: Thessaloniki – Nea Moudania – Neos Marmaras – Toroni. After you reach the destination, you will need to turn at the last crossover towards the southern part of the beach. You can park your vehicle by the shore.

The Neos Marmaras Sarti bus is another way to reach Toroni within half an hour. It leaves at 11:50. The last bus in the opposite direction leaves at 18:00.

There are only three bus stops in Toroni. The depot near the castle is the last one. You should make the driver aware of the stop you need beforehand.